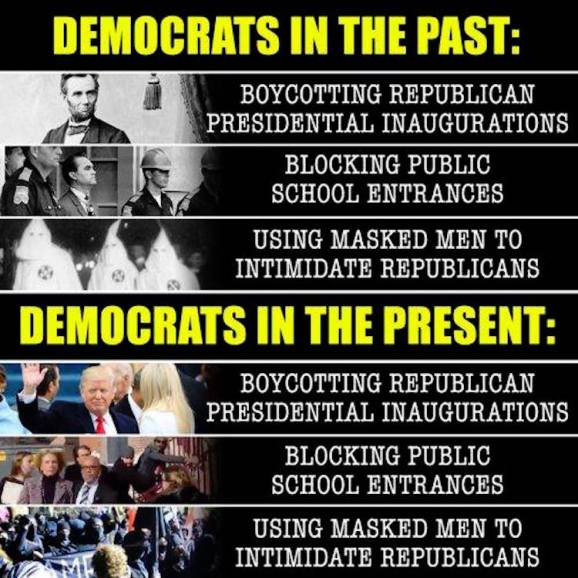 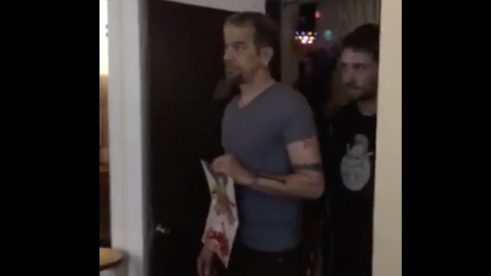 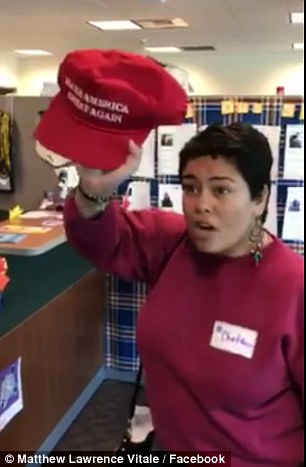 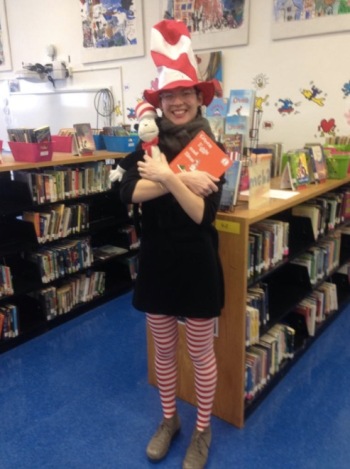 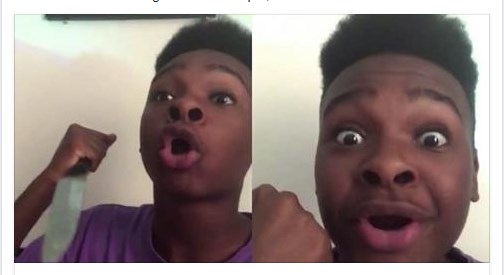 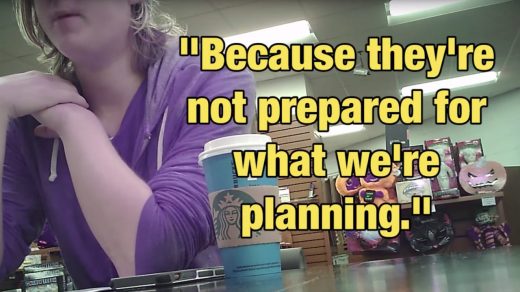 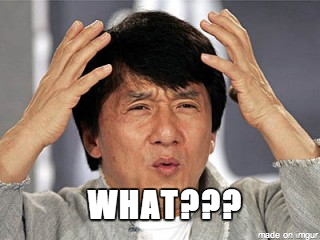 There is nothing decorative about raw cotton. A commodity which was gained at the expense of African-American slaves. A little sensitivity goes a long way. Please remove this decor.

Daniell Rider, then received backlash for her sensitivity and responded to her critics:

All those who are offended by cotton being a decoration need to quit buying any product made of cotton!

Below is my response to this race-baiter  ~Angel

The following is a short list of products that are made with cotton or cotton/synthetic fabric blends:

Did you know that cotton remained a key crop in the Southern economy after emancipation and the end of the Civil War in 1865. Across the South, sharecropping evolved, in which landless black and white farmers worked land owned by others in return for a share of the profits. Some farmers rented the land and bore the production costs themselves.

And did you know that China and India are the two biggest cotton producers in the world? Also on the list: United States, Pakistan, Turkey, Australia, and Mexico.

And did you also know that slavery – yes slavery – is alive and well in the Middle East? Are you offended by THAT?

We’ve often written about craptastic leftist crapholes who do crappy things (read Leftist Professor Sacked After Claiming Texans Deserved Hurricane Harvey and ‘Tolerant’ Liberals Threaten to Burn Alive Electoral College Voter and Family). Pardon all the crap talk, but the situation warrants it. It’s rarely a surprise when leftists act a fool. This guy here takes the crap-covered cake for biggest douchelord of the decade, inviting several morons of the past to hold his pumpkin spiced lager.

He took it upon himself to trash a September 11th memorial. Yes, really.

A lawsuit has been filed by the parents of a young black girl in South Carolina who claim their academically gifted daughter, a student at Hand Middle School, was physically and verbally terrorized for “acting white.”

According to a study and news article cited by the federal civil rights lawsuit, the girl’s tormentors are black themselves.

The alleged bullying has gone on for two years. The lawsuit itself reads like a horror show of humiliation and physical abuse that began almost immediately upon her arrival at the school in 2015.

Although approximately 50 percent of the students at Hand Middle School identify as African American, India was one of the few African Americans in her honors and advanced classes during the 2015–2016 and 2016–2017 school years.

According to the lawsuit, what followed was physical assaults: pushing and shoving, water thrown in her face, two chipped teeth, and a beating with a bottle. On one occasion “a group of three female students attempted to push India down a flight of stairs. These same students had verbally accosted India on prior occasions and continued to do so after the assault.”

The motivation all appears to be racial.

A Greek Life retreat at the University of Mississippi (Ole Miss) was promptly cancelled this weekend after a banana peel was found hanging in a tree.

“To be clear, many members of our community were hurt, frightened, and upset by what occurred at IMPACT,” Interim Director of Fraternity and Sorority Life Alexa Lee Arndt remarked in an email between Greek leaders, according to The Daily Mississippian. “Because of the underlying reality many students of color endure on a daily basis, the conversation manifested into a larger conversation about race relations today at the University of Mississippi.”

After word of the banana spread throughout the retreat, leaders decided to end the event early. Arndt explained that she “felt it was imperative to provide space immediately to students affected by this incident.”

According to The DM, some students left the retreat in tears, with McNeil noting that they “didn’t feel welcome” and “didn’t feel safe.” 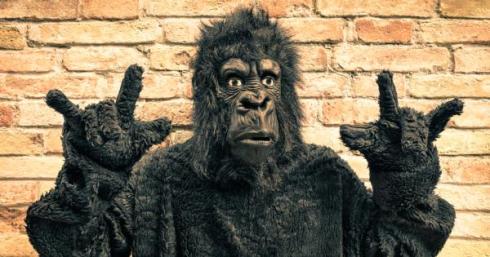 A hotline for University of Florida students to report culturally insensitive Halloween costumes has backfired after a Fox Sports commentator instigated a series of prank calls to the number.

UF sent a newsletter to students on October 10 encouraging them to avoid Halloween costumes that could “perpetuate negative stereotypes” or cause “harm and offense” to other students, and urging anyone offended by such costumes to call a 24/7 counseling and wellness hotline.

The hotline quickly turned into a running joke, however, after Fox Sports commentator Clay Travis prank called the line during one of his live shows, pretending to be a gay student offended by a Harambe costume.

“I went to a fraternity party last night and there was somebody dressed as Harambe, the gorilla, and I found it to be really racially insensitive,” Travis said on the call. “It’s really disappointing that the University of Florida is not taking my microaggressions seriously because, I mean, I’m really upset about this costume that I saw.” 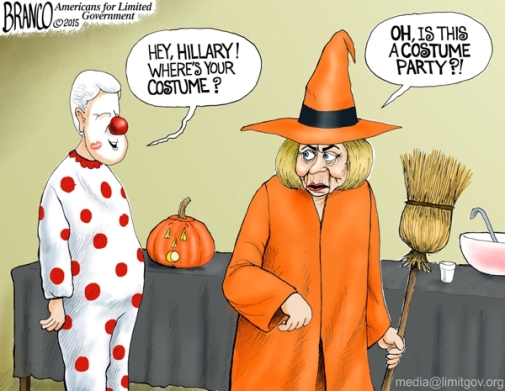 A Frightening Preview of Hillary’s America 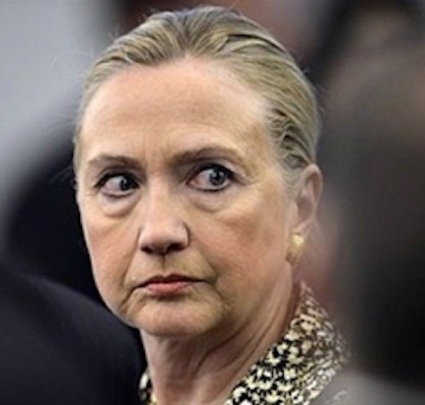 Hillary Clinton, of all people, summed up this debate and this election best.

“What kind of country are we going to be?”

Are we going to be a country at all or an open border weeping undocumented migrants destroying what’s left of the middle class as the masterminds rob the country blind while preaching piously to us about all the poor Syrians, Mexicans and LGBT youth they want to protect?

Americans have had a preview of the country that Hillary Clinton would create under Obama.

Hillary Clinton promised free college and cradle to grave education that would be debt free. Americans would be the ones plummeting deeper and deeper into debt to pay for degrees in gender studies. She promised viewers pie in the sky to be paid for by higher taxes on the rich. But as Trump pointed out, that’s the class that her donors come from. Did Warren Buffett and George Soros invest all that money into her victory just to pay higher taxes? Did they do it right after they bought the Brooklyn Bridge?

Hillary talked of bringing “our country together” and not “pitting of people one against the other” and instead “we celebrate our diversity”. If she does half as good a job as Obama, these celebrations of diversity will climax with race riots across America. How exactly does Hillary plan to unite with the “deplorables” of the country? How has Hillary united anyone in the country except in disdain?

Thousands of taxpayer-supported Seattle teachers are planning to don Black Lives Matter t-shirts this week in public schools and force-feed left-wing propaganda to their students about race in an effort to draw attention to the systemic racism they imagine is embedded in the public education regime.

The shirts say “Black Lives Matter” and “We Stand Together,” which is almost identical in meaning to the Hillary Clinton campaign slogan “Standing Together.”

The Black Lives Matter cult is animated by a hatred of normal American values. Its members idolize convicted, unrepentant black militants and cop-killers Assata Shakur and Mumia Abu Jamal and have declared “war” on law enforcement. Its members openly call for police officers to be assassinated. Sympathizer Micah X. Johnson answered the call murdering five cops in cold blood during a Black Lives Matter rally in Dallas in July. Black Lives Matter, which is vehemently anti-white, ought to be designated a domestic terrorist organization for fomenting a war against police, critics say.

The October 19 event is being run by Social Equality Educators (SEA), a group of teachers within the Seattle Education Association (SEA), a local collective bargaining unit. A political faction, SEE runs candidates for offices in the SEA.

Teachers engage in week-long protest to promote a movement built on race hatred.

The toxic Black Lives Matter narrative is continuing to infiltrate our mainstream culture. It is even finding its way into our public schools. Case in point is the plan by about 1000 teachers in the Seattle public school system, with the strong backing of the school system administration, to wear “Black Lives Matter” T-shirts this week. Some of the educators’ t-shirts include a raised fist, not exactly a symbol of racial harmony and peaceful dialogue.

The participants in this solidarity “wear-in” also want a school curriculum that indoctrinates students to counter what one Black Lives Matter activist and Seattle high school teacher, Jesse Hagopian, called “institutional racism”and the “multiple oppressions that our kids face.” Hagopian opposes standardized testing as an example of such institutional racism.

The Seattle Education Association (SEA) Representative Assembly passed a resolution unanimously supporting the Black Lives Matter initiative. The SEA is a public teachers’ special interest organization. Its resolution stated that SEA will “endorse and participate in an action wearing Black Lives Matter t-shirts on Wednesday, October 19, 2016 with the intent of showing solidarity, promoting anti-racist practices in our schools, and creating dialogue in our schools and communities.”

The superintendent of schools also supports the demonstration of solidarity with Black Lives Matter on school premises.

The Seattle school system is not the bastion of “institutional racism” that Black Lives Matter and its supporters are making it out to be. Seattle is one of the most progressive cities in the nation. Its school district had passed a landmark “Ensuring Educational and Racial Equity Policy” in August of 2012, which called for the elimination of “the racial predictability and disproportionality in all aspects of education and its administration.” It also mandated the use of a Racial Equity Tool to ensure that “race be clearly called out and institutional and structural racism be addressed within our own organization.” The intent was to devise policies and curricula that close the “opportunity gap” holding students of color back.