These shocking pictures claim to show an ISIS prisoner being thrown to his death from a roof after being accused of engaging in sodomy in Iraq.

ISIS in Majorca: Moment ‘jihadist’ is arrested on suspicion of planning attacks on holidaymakers – as intelligence chiefs warn of plots to bomb Europe’s beach resorts

The news comes it was revealed ISIS is planning terror attacks across Europe this summer, targeting holidaying tourists by posing as ice cream and T-shirt sellers.
German media reports that ISIS is sending jihadists to pretend to sell refreshments before detonating suicide vests and bombs buried under sun loungers at Spanish, French and Italian resorts.

END_OF_DOCUMENT_TOKEN_TO_BE_REPLACED

Saudi columnist and television anchor Nadine Al-Budair harshly criticized Muslims in the Arab world as “hypocrites” for failing to admit terrorism does not represent their faith. She said it was time for Muslims to own up to elements of their faith that encourage followers to commit terrorist attacks.

END_OF_DOCUMENT_TOKEN_TO_BE_REPLACED

Last week’s Brussels jihadist bombings, and their links to December’s Paris attacks that, similarly, appear to have been coordinated by the Islamic State terror network, spotlighted the challenge posed by Europe’s unassimilated Muslim communities. As I observed in a recent column, the threat posed by radical Islam is not limited to “violent extremists” (the Obama administration’s preferred sanitization of the term “jihadists­­”); it is exacerbated by the support system the jihadists enjoy in Muslim enclaves that share their sharia-supremacist ideology.

END_OF_DOCUMENT_TOKEN_TO_BE_REPLACED

Officials ask about 80 to watch for Ebola symptoms 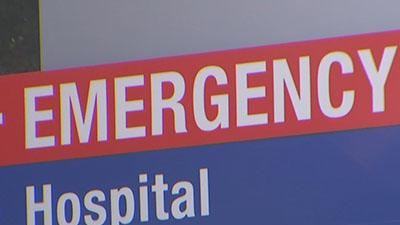 DALLAS (AP) — Health officials in Texas have reached out to about 80 people who may have had direct or indirect contact with the man infected with Ebola or someone close to him, a Dallas County Health and Human Services spokeswoman said Thursday.

No one is showing symptoms, agency spokeswoman Erikka Neroes said.

The 80 or so people include 12 to 18 who first came in contact with the infected man — which federal health officials have said include three members of the ambulance crew that took him to the hospital, plus a handful of schoolchildren — as well as others known to have secondhand contact, she said.

“This is a big spider web” of people involved, said Neroes, who was unable to specify how those initial 12 to 18 people came in contact with the larger group or provide specifics about the ages of the people.