END_OF_DOCUMENT_TOKEN_TO_BE_REPLACED

High School Bans American Flags To Be ‘Inclusive.’ It Didn’t Go Over Well.

For the sake of “inclusivity” and protecting students from being “offended,” a Colorado high school informed students last week that they were forbidden from flying any flags, including the American flag, in the parking lot. The next day, five seniors decided to stage a pro-freedom of speech, pro-America demonstration, proudly flying Old Glory in protest of the new policy. Following mounting public pressure, the school has since walked back its ill-conceived ban.

The flag ban at Fruita Monument High School reportedly came in response to a student who chose to fly a Confederate Flag behind his vehicle, something school officials deemed offensive to other students. The administration’s solution: ban all flags. Students who disobeyed faced consequences, including the potential to be barred from walking in the graduation.

“They said we can’t fly a Mexican flag, Confederate flag, American flag, any flag at all,” said one of the senior protesters. “Whoever has a problem with our county’s flag really shouldn’t be here, and really shouldn’t say anything about it, because if they don’t like our country why are they here?”

1 August 2013
…At last count, there were a total of 751 Sensitive Urban Zones, a comprehensive list of which can be found on a French government website, complete with satellite maps and precise street demarcations. An estimated five million Muslims live in the ZUS — parts of France over which the French state has lost control.

END_OF_DOCUMENT_TOKEN_TO_BE_REPLACED

A witness who hid in a tree told media outlets he saw the terror group Boko Haram go on a shooting and burning rampage through a village in Dalori and two nearby refugees camps that including the killing of children by fire.
Specifically, he said he heard the screams of children as they burned to death inside the huts Boko Haram members attacked in north-eastern Nigeria, the Associated Press reported.

END_OF_DOCUMENT_TOKEN_TO_BE_REPLACED 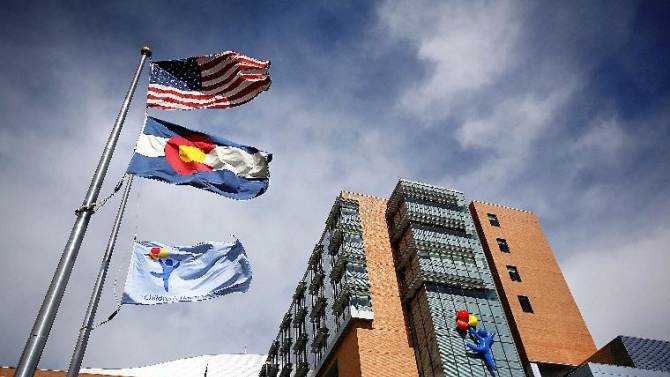 Washington (AFP) – A child in the northeastern US state of Rhode Island has become the first to die from an ongoing outbreak of a respiratory virus, enterovirus D68, health officials said Wednesday.

The child died from an unusual combination of enterovirus D68 — which has infected more than 470 kids across the United States since August — and a staph infection.

“Infection by both Staphylococcus aureus sepsis and EV-D68 is a very rare combination that can cause very severe illness in children and adults,” the Rhode Island Department of Health said in a statement.

Enterovirus D68 typically causes flu-like symptoms, but in some cases it can cause wheezing and breathing problems that may require hospitalization.

END_OF_DOCUMENT_TOKEN_TO_BE_REPLACED

Health officials are investigating nine cases of muscle weakness or paralysis in Colorado children and whether the culprit might be a virus causing severe respiratory illness across the country.

The Centers for Disease Control and Prevention on Friday sent doctors an alert about the polio-like cases and said the germ — enterovirus 68 — was detected in four out of eight of the sick children who had a certain medical test. The status of the ninth case is unclear.

The virus can cause paralysis but other germs can, too. Health officials don’t know whether the virus caused any of the children’s arm and leg weaknesses or whether it’s just a germ they coincidentally picked up.