Veteran actor James Woods revealed the naked truth about Republicans in Hollywood and their fear of being blacklisted and losing work over their political beliefs.

In a series of tweets, Woods says he wasn’t always a conservative thinker and was actually a Democrat “until [Bill] #Clinton was impeached. Every single #Democrat without exception stood behind a convicted perjurer. That was the end.”

Woods is one of the few entertainers who openly supports President Donald Trump. He is also a vocal critic of Planned Parenthood, a second Amendment enthusiast, and has repeatedly slammed ex-San Fransisco 49ers quarterback Colin Kaepernik over his National Anthem protest.

Actor Antonio Sabato Jr. is running for Congress, challenging Rep. Julia Brownley (D-Westlake Village), who represents the southern central coast and most of Ventura County, according to documents filed with the Federal Election Commission on Monday.

Attempts to reach the Republican candidate were unsuccessful Monday, but GOP strategist Charles Moran, who will serve as Sabato’s fundraiser, confirmed the run. Strategist Jeff Corless will serve as a top adviser.

The 45-year-old was a vocal supporter of President Trump during the 2016 presidential campaign and spoke on his behalf at that year’s Republican National Convention. In an interview at the time, he said that that then-President Obama was a Muslim, which is not true. Sabato said afterward that he was blacklisted by Hollywood producers because of his visible support for Trump.

Johnny Depp: ‘When Was the Last Time an Actor Assassinated a President?’

When Depp, star of such films as Black Mass and The Rum Diary, introduced a film on Thursday at “Cinemageddon,” a film stage at England’s famous Glastonbury Festival, he turned his attention across the Atlantic to the current occupant of the White House.

According to the Daily Telegraph, he told the crowd, “I think [Donald] Trump needs help. There are a lot of dark places he could go.”

He then added, “I’m not insinuating anything – by the way, this will be in the press and it will be horrible – but when was the last time an actor assassinated a president?”

Obama has consistently shown that he has a strong anti-Christian agenda, so Washington’s brave words have enraged Obama-lovers everywhere.

“I read from the Bible every day, and I read my Daily Word,” he told a reporter, adding that it was not difficult for him to grow up as the son of a preacher.

“He wasn’t a taskmaster, but there were certain things you couldn’t do,” Washington said. “He had his own church, and it was a long Sunday, because you had to be there all day.”

“Everyone I grew up with didn’t have a father,” he continued. “I had a father. My father was a decent man. He was a very spiritual man and a gentleman.”

Lauren Bacall dead at 89: Screen legend passes away in her home

THIS IS BARACK OBAMA: ALL YOU NEED TO KNOW, IN ONE PLACE

From Discover The Networks

My prayers to the families of the victims but Mr. Martinez [the father of one of the victims] is blaming the NRA and irresponsible politicians for his son’s death. Three of Rodger’s victims were stabbed to death, not shot. Stop blaming guns/gun ownership and put the blame where it belongs – on the perpetrator. ~Angel~

By RAQUEL MARIA DILLON, MARTHA MENDOZA and JULIE WATSON | 24 May 2014 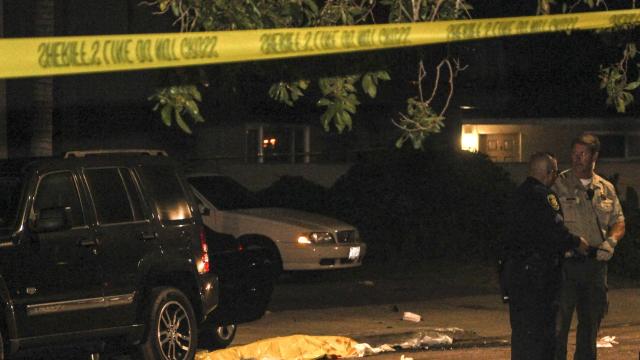 GOLETA, Calif. (AP) — The gunman fired for 10 minutes in streets filled with university students walking, biking and skateboarding in the beach community near Santa Barbara, picking off people one by one in a deadly rampage that chillingly mirrored threats made on a YouTube video posted that same night. Seven people were killed in all, including the shooter.

END_OF_DOCUMENT_TOKEN_TO_BE_REPLACED

Will James Woods ever work in Hollywood again?

‘I am dedicated to my defense of America’

James Woods, the award-winning actor and outspoken conservative, has taken his unbridled bashing of President Obama on Twitter and elevated it to an art form.